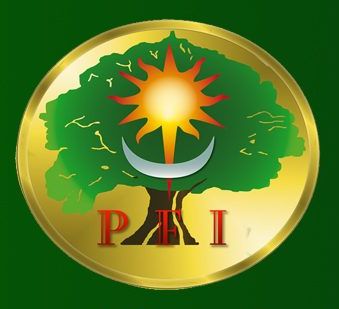 Sunday 15 September was the first online meeting with pagans and heathens with a disability. We were with a small group, but soon it was clear that all participants are used being a go-getter. As a result, we had a very good and effective conversation. The next online meeting is on October 27th at 15:00.

After a round of introductions, we talked about what we need to be able to be participants as a matter of fact in our pagan and heathen communities.

One of the first comments was that according to (European) legislation it is mandatory to make events accessible to everyone. That is true, of course, even though not all organisers are aware of this (yet).

Apart from laws, it is our experience that accessibility often is understood in a limited way. People mainly think of wheelchair users, and forget about accessibility needs for all other disabilities.

That led us to the statement that accessibility is about being conscious. It is about the realisation among organisers that some of their “supporters” will have a disability. And that these people often need something extra to be able to participate.

To this we can contribute ourselves! We could raise awareness within pagan and heathen communities. For example, we could launch an awareness campaign through social media.
Or we could give a good example by organising an accessible event ourselves. This year several people with a disability were involved in the organisation of the PFI-NL Spring Gathering. Therefore the accessibility was much better this year than in previous years.
Another option is to structurally visit existing events, and make ourselves visible as part of the pagan/heathen community.

Since July Soleil and Jochem are having a discussion on a series of topics related to accessibility in the Dutch part of the PFI Forum. These discussions are well read, so people are interested in the topics.

However, so far people don’t have replied yet. We don’t know why that is, even though we do have some suspicions. Are people afraid to out themselves as pagan/heathen with a disability? Or do people feel reluctant to share experiences, because they are afraid of people judging them?

We also think it is important to show role models, both for pagans/heathens with a disability themselves (they also need examples) and for the entire community (to make our diversity visible). Plenty of famous people have both a disability and a connection with paganism/heathenry.

Lastly, a film tip: Crazywise is a film about people with mental health issues. People who are labeled "crazy" in the west and receive medication, and are seen as "wise" in the east and become shamans or healers. More info at crazywisefilm.com.