My experiences at the Fatigue Clinic 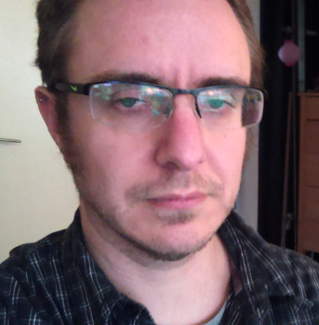 In the past year I did the multidisciplinary treatment at the Vermoeidheidkliniek (Fatigue Clinic), location De Bilt. When I contacted them, I had 4 specific questions and I wondered if they could help me with those issues. Yes, they certainly could, the internist and the occupational therapist assured me at the intake. Uunfortunately reality was different: the treatment caused me to regress so badly I almost became bedridden.

They were very clear that healing is not possible. (I already knew that, but it is good they are so clear about that.) It isn't explicitly stated, but the implicit commitment was a good chance of improving my situation. They were not specific about what exactly they could offer me or what their treatment would entail for me personally. To be honest, after one or two attempts I have not asked any further.

At registration I had a good balance: within the limits of my possibilities I could reasonably do what I wanted. Thanks to weekly or a fortnight's sessions at a physiotherapist nearby I had no chronic pain. Now I am someone who (within the possibilities) would like to get the most out of life. That is why I was very curious whether the Fatigue Clinic could help me to improve the quality of my life by shifting the balance in a favourable direction.

Unfortunately, the results were completely different: after 3 months I suffered from stiff muscles and after another 3 months I had become almost bedridden. My energy level was very much lower and my cognitive problems very much severe than before this treatment. In half a year I had turned into a zombie and I didn't even realise it (because I was way too far gone cognitively).
A month later (7 months after the start of the treatment) I came into a crisis due to pure despair. I had done everything the practitioners recommended to me, as far as possible. Time and again I got new relaxation exercises and meditations that I couldn't do (because I didn't have the energy for it). Time and again the message came down to: "Then you still do too much".
Due to this crisis I myself (!) discovered that I had severe chronic pain. And I solved this myself (!) with painkillers. The difference was staggering: within a few days my muscles were looser, I was in less pain, I had more energy and I was less troubled by brain fog.

Naturally I have asked questions about this to the Fatigue Clinic. The reactions were absurd: from astonished, to unbelieving, to denying. I have even been summoned to justify myself for alleged statements. Managing director Pierre de Roy has systematically ignored my (critical) questions, and has suggested that my recovery was due to their treatment. (That is certainly not the case.)
One practitioner admitted that "in my case mistakes were made". However, there are no official apologies.

Because I am in favour of transparency, one could read the complete correspondence between the managing director and me here. This way everyone could read what each of us wrote and form their own opinion.
However, on 23 October 2019, I received a (displeased) email from the managing director. He summoned me to remove these letters, because he considers their publication a violation of copyright. If I had not done this within 3 business days, he would take legal action.
I responded to this "request" by replacing his letters with summaries and quotes.
The managing director didn't think that was enough yet: on 28 October 2019, he emailed that he considers quotes a violation of his copyright as well. I had to delete the quotes within 5 business days, otherwise he still would take legal action.
That is why I can do no more than summarise and paraphrase his letters.
Click here for a shortened version of the correspondence.

I think it is absurd that for 5 months a team of specialists in chronic fatigue and chronic pain in no way comes up with the idea that there might be chronic pain.
Of course, treatment remains work of humans and we can never 100% prevent mistakes. I don't ask for that. But I do expect healthcare providers to respond adequately if they are alerted to an error. That has not happened in this case either.
I don't feel seen, don't feel heard or don't feel taken seriously by the Fatigue Clinic. I find it outrageous that they leave a patient in the cold this way, especially after their own medical blunder that nearly took my life.

Meanwhile, another 5 months passed by and luckily I am doing much better. I am back with my own physical therapist and I also do haptotherapy. (Both on my own initiative, and with substantial personal costs.) After needing the maximum dose of pain relief for 4 months, I have been off those since a few weeks. In terms of energy, I am almost back to the level I was before I started this treatment. The cognitive problems are also much less, but it will take longer before I am back to my cognitive level (from before I started this treatment). All this despite the treatment at the Fatigue Clinic.

The treatment of the Fatigue Clinic appears to be based entirely on acceptance (acceptance and commitment therapy, ACT) and to live according to your options (pacing). I was not told that at the intake.

If acceptance is your problem, then this center might be a good place for you. (Although you don't necessarily have to go to a multidisciplinary team for that. You could also go to any psychologist who specialises in acceptance.)

In all other cases I would recommend another practitioner, such as Stichting Cardiozorg (Foundation Cardio Care) in Hoofddorp or the CVS/ME Medisch Centrum (CFS/ME Medical Centre) in Amsterdam.