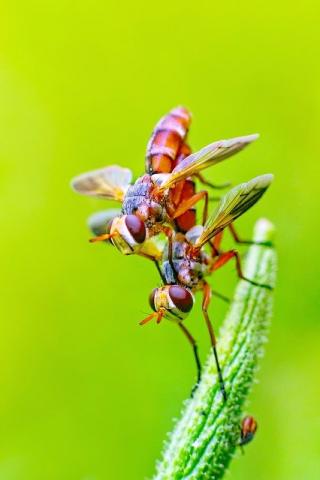 So far I have not talked about sex on this blog. That I will change now! Because sex is important to me, as it is to most people. But since I became chronically ill, sex is no longer selfevident.

For the first few months, the exhaustion I felt was still new. I was working so hard to keep myself afloat and to manage my daily life that sex completely fell apart.

I barely had the energy to do my job. On my gums, I kept my household sort of running. There was no energy left for all the "extras" of life (hobbies, friends, sex). So it was absent out of necessity.

At the time, I didn't take it too seriously. I was still optimistic and thought that all of this would be temporary.

After a few months I picked up the sexual thread as best I could. Even if you are too tired for words, at some point you feel like it again. At least, I do.

Of course it doesn't get really creative under these circumstances, because the energy for that is lacking. But I still assumed the situation would be temporary. So I trusted that that lack of imagination also would be temporary.

So I prepared myself for somewhat boring sex. It was pretty… boring, until something unexpected happened. My arm muscles thought it was enough and went on strike. They were overloaded and painful, and I could barely lift my arms. Few things are more frustrating than being way ahead and unable to continue!

This problem is of course easy to solve. There are all kinds of toys and aids that can take care of moving. Admittedly, the better toys that really help you are quite expensive. Given my Social Benefit allowance, I therefore have to save a considerable time. (That means every time I have to consider whether to buy a toy, or medicine, or something else necessary. Not an easy decision.)

My experiment with a toy was successful, but turned out to have a nasty tail. Sex is a strenuous activity and that means I get a flare up after it. This is called “post-exertional malaise”, or PEM for short. So, I have to plan my sex carefully and only on quiet days when I don't have to do anything else. Then I can use the rest of the day to recover.

In many people with ME/CFS, their libido is largely or even completely gone. So many fellow ME/CFS people no longer feel any need for sex. Honestly, I don't know if I'm better off, or worse. On the one hand, I'm glad this part of me still works. On the other hand, this leaves me with an unsolvable dilemma. So sometimes I'm a little jealous of those without libido...

Unfortunately, my situation turned out to be much less temporary than I initially thought. I've been ill for over 5 years now, so I've had carefully-planned-and-pretty-fantasyless-sex-with-aids for over 5 years. How much I wish I could have normal sex again! But as long as I'm chronically ill, I can only dream of spontaneous, imaginative sex without aids.

By the way, my sex life has never been discussed during that particular treatment. Apparently my compliment didn't ring a bell. So I am still nothing wiser than I was before.

Why am I telling all this? Because a good sex life is important for our well-being. (Except if you're asexual, of course.) The World Health Organization calls sexuality "a central aspect of human existence." And Rutgers, the Dutch knowledge center for sexuality, quotes: "[…] that sexual behaviour and (especially) sexual experience, such as sexual satisfaction, are associated with many things that influence the general well-being of people, such as […] physical and psychological health (Whipple, 2007)".

I've been missing that bit of my well-being for years now! That hurts. And I wouldn't know where to go to get this resolved. And that hurts too.

I feel empowered by the overwhelming amount of responses. Thanks, everyone! Many people recognise this problem and struggle with it, often for years now. Many people did not dare to raise this themselves and are happy that I am breaking this taboo open. Some people temporarily have fewer symptoms because of sex. Other people would love to have a partner again, but how do you find one if you don't have the energy to date?

I received a number of tips that may be of interest to others as well: