Can or can't ME/CFS be (bio)medically identified? 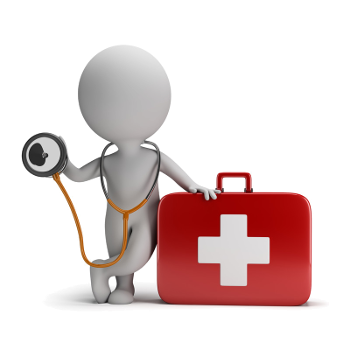 For a long time I've joined various Facebook groups for people with ME/CFS, both Dutch and international English groups. Now I've read along for a while, I notice a number of things. I would like to share one of these observations in this column.

In various groups or forums people regularly complain that it's so annoying that ME/CFS can't be determined biomedically. And sometimes a discussion follows whether this is so much more difficult for ME/CFS than for other diseases.

I think docters are able to determine ME/CFS biomedically indeed. After examination ME/CFS specialists are able to determine whether a person has or hasn't ME/CFS. They are able to exclude ME/CFS as well, for example if there's evidence of another disease.
These specialists do this based on an extensive history, blood tests, various physical examinations, and of course their expertise (based on years of experience). In short, as every doctor determines any disease!

To be honest, I think in these discussions actually something else is meant: people need a simple and unambiguous test, which clearly shows whether have or haven't ME/CFS. I fully agree with this, because that would indeed be very convenient! But unfortunately that isn't how it works. Not for ME/CFS, and not for many other diseases either.

I have asked an ME/CFS specialist what they think about this. The answer was:

Many diseases apply “per appointment”: they are diagnosed if a set of main and side symptoms is met. This also applies to ME/CFS.
As the new advice from the Health Council (of March 2018) hasn't yet been implemented, the diagnosis criteria from the CFS Guideline of 2013 still apply.

Background info
This CFS Guideline states: “By 2017 at the latest, after consulting or on the advice of other associations participating in the guideling, the chairman and the CBO will determine whether this guideline is still up to date. If necessary, a new working group will be installed to revise the guideline. The validity of the guideline will expire sooner if new developments lead to start a revision process."
In 2017, the Health Council was asked for a new advice. This can be seen as a signal that the CFS Guideline is no longer up-to-date and needs to be revised. The new advice was published in March 2018, which clearly shows that the CFS Guideline is outdated.
In the meantime, the Dutch College of General Practitioners (NHG) has removed the guideline from their website. And the Employee Insurance Agency (UWV) has a new policy memorandum on ME/CFS for occupational health and safety physicians and insurance physicians, stating that the advice of the Health Council takes precedence over the guideline, on points where the advice deviates from the guideline.

In short, if the complaints and symptoms of a patient meet the criteria described in the CFS Guideline, the person will be diagnosed with CFS. It is that simple: if you meet the criteria, you will get the diagnosis! Thus like that applies to many, many diseases. So, nothing special.

Background info
Dutch doctors currently only use the diagnosis CFS, not the diagnosis ME. Although internationally the ME/CFS combination concept is being used increasingly, just like the Health Council in their new advice on ME/CFS.
It is interesting that the International Classification of Diseases (ICD), the handbook of the World Health Organization with all diseases and disorders, speaks about ME, and in the index at CFS refers to ME. ME has been included in the ICD as a physical condition since 1969.

Also all kinds of (biomedical) tests exist where ME/CFS patients score differently than control groups. F.e. differences in immunoglobulins (IGs). Here the key question is: Are these differences a cause or a consequence of ME/CFS? Scientists don't yet have an answer to this question. That's why these tests can't be used to make a (reliable) diagnosis.

Another ME/CFS specialist told that other differences exist as well, f.e. at brain level. Some of these differences can only be determined posthumously, which therefore isn't useful for making a diagnosis.
Other differences can be observed during life, but the same problem as above arises. Further scientific research is first required, but this requires money, which won't become available. Therefore this is a financial problem.

So for the time being, we will have to do with “solid medical work”: A thorough history, various blood tests, additional physical tests, and of course the medical expertise on ME/CFS.
Of course a condition is you visit a specialist with expertise in the field of ME/CFS. Because still too many doctors exist who don't know the disease, or genuinely (but wrongly) think that it's a psychosomatic disorder, because this is described in the CFS Guideline. (In the latter case it is useful to have the new advice from the Health Council at hand! :-))

What does my life with ME/CFS look like? I will tell you more about that in the following columns...