Belonging: to feel at home 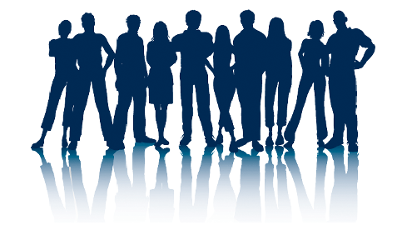 It is important to have a community where you are among like-minded people. Where people accept you as you are, where half a word is enough. In short, where you are at home. For me, that is the community of transmen. Only there are made no (unspoken) assumptions about my gender, my youth and/or my physical appearance. Only there I can be fully myself without expectations.

My medical treatment was a long time ago: 13 years ago I ended that part of my transition. I am "ready" as the (Dutch) gender team tends to call it. "Been discharged" as it is called in medical jargon.

The following years I searched for myself and my (newly acquired) masculinity. Although my body was made as masculine as I think is desirable – within the limits of medical possibilities – no one ever told me how to survive in this society as a "new man". To me that was a much bigger challenge than the entire medical treatment!

Because what boys learn naturally in their puberty, I had to learn yet as a 32-year-old adult man. At the time I made social blunders that are no longer accepted at my age. With all the (social) consequences. Nobody had prepared me for that…

Every transgender can talk extensively about it: it is unbelievable how gendered our society is! Behaviour that is expected as a woman, but is not possible at all as a man. And the same applies vice versa.

Another example: In public spaces, such as the street or a train station, as a woman you step aside when a man walks towards you. Then you are well-educated and know your place. Men obviously do not step aside for women (except at doors: then you are beau towards the "weaker sex"). And between men social ranking is confirmed in an instant. The person with the lowest status will step aside.

Another example: At meetings men talk much more often and much longer. If you do this being a woman, you are a "rusher" who "wants to make her way". As a man "you know what you are talking about" and it confirms your authority.

It took a few years, but now I know what kind of man I am. Some of the social rules I carefully ignore. Some other social rules I do follow, or I follow every once in a while. And I still discover new social rules on a certain regular basis, which I didn't know yet because I didn't grow up as a man. After all, we are not talking about these social rules, but every person will be judged by following them. As a man, I will never be in de top of social hierarchy. Fortunately, I would not want that at all.

My "awkwardness as a man" makes me feel pretty uncomfortable in an environment with only cismen (men who feel fine in their gender of birth). After all, I have no clue about how cismen behave amongst themselves, because in my life I have rarely been exclusively among cismen.

One of my problems is that in these kind of communities it is automatically assumed that I am cis and straight. Both of which I am not, so I quickly fall out of the “social boat”. For I do not have a "male profession", I don’t feel concerned about the male hierarchy and I cannot (and will not) discuss all the "female beauty" that is around us.

Well, go to the gay community, you might think. But I don't feel completely part of that either, because they are (mostly) cismen as well.

For me, homosexuality has never been an issue. I do not have any experience with growing up being gay, which often pops up (briefly) in conversations. I never had to come out as a gay person, because I always liked men and everyone thought that was normal (when I still seemed to be a girl). So I don't recognise the difficult and hilarious stories about coming out.
To me being gay is just an expression of my being-a-man: at last I am the man I have always been inside! This is usually different for cisgays.

Furthermore, I do not like large, noisy parties, Canal Prides or Gay Prides. Actually, I am quite a boring gay person who enjoys a good conversation in a quiet place. Preferably accompanied by a pot of tea.

In spaces with ciswomen only, as a man I am easily seen as a "potential danger". 53% of women had to do with sexual violence (Victim Support), and 1 in 8 women have been raped (Center for Sexual Violence). So, men are perpetrators. And I'm a man…

I understand it well, but it also hurts. For 30 years I have been walking on this earth globe as a woman myself. I know what it's like to (have to) be on guard for men! I have been fortunate that nothing was ever done to me, but I know many trans men who (in their previous lives as seemingly women) have been assaulted or raped as well. #metoo applies to transmen as well as for women!

It took a few years before I realised that as a man I no longer need to be afraid to walk into a dark street alone. As a man, I don't have to be afraid of sexual violence. If I am confronted with violence, it is because I am being robbed or beaten.

For me it is wonderful to be in a place where transgender people are the norm. Only there I know for sure that no one makes assumptions about my physical appearance, my childhood as a girl, my gender identity, my sexual preference, etc. Only among transgender people I do not have to explain anything, because certain things simply do not matter. For me that is coming home ! The proverbial warm bath. And being among transmen that bath is even a couple of degrees warmer :-)

That is why I will always be connected with trans world. So, I will continue to visit events for and by transgender people, such as the transgender film festival TranScreen, the Outside the Binary Day or the Council of Transgender Europe. Or just a nice weekend by Transman Foundation These are the only places where I can be just and completely myself without any explanation!